Why Is There A Chip Shortage? Do You Have An Emergency Plan To Chip Panic? Solved. 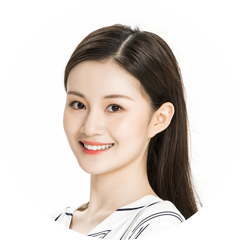 In recent months, the world has been suffering from extreme 2021 chip shortage. Due to chip shortages, automakers such as Ford, Toyota and Volkswagen have partially closed their factories in recent months because they cannot obtain the auto chips needed to produce cars. Sony has failed to produce as many PS5 game consoles as it hoped, while Microsoft is cutting production of Xbox Series X, and Samsung is also considering delaying the launch of Galaxy Note phones, even for small electronic products. Production is also facing the panic of lack of chips at any time. So countries around the world have issued policies to support chip manufacturing companies. President Biden called for a bipartisan push to strengthen the US semiconductor industry. The Chinese government issued an announcement that for integrated circuit companies to provide financial and tax support, the more advanced the enterprise process technology, the greater the support, and the tax exemption can be up to ten years. Thulit, as a table lamp manufacturing company, we also need chips to manufacture table lamps, but our chip supplier is currently very stable. If you need table lamps, you can inquire directly.

Part 1：Why Is There A Chip Shortage

Chips are like the brains of electronic products. The realization of functions depends on it. In theory, it is very important. Enterprises in various industries should attach great importance to it. Why do we suddenly suffer such a major chip shortage? The following are some reasons analysis.

The impact of natural disasters such as the covid-19 epidemic

In 2020, the world has experienced the invasion of Covid-19. Because of the epidemic, the production lines of most companies have been greatly affected, of course, including the manufacturing and production of integrated circuit. Disasters such as earthquakes, power outages, and droughts have further reduced output.

The second objective reason is that there are only a handful of advanced process chip chip manufacturers in the world. Only TSMC, Samsung, Intel, etc. are a few world-renowned manufacturers. When people's consumption picks up and the demand for finished chips increases, chip manufacturers cannot keep up with their production capacity and cannot expand their factories to meet production capacity in a short period of time. According to analysis, it will take at least 5 years for TSMC to expand its factory in the United States before mass production.

New energy vehicles and 5G smartphones are popular products that the world pays attention to. And the chips needed for these products are 3-7 times that of ordinary ones, which undoubtedly increases the demand for chips. At the same time, during the epidemic, the demand for chips did not decline. The demand for home office, notebook computers, cameras, audio, headphones, desk lamps and other products doubled. According to TSMC's statistics, the output of consumer electronics chips accounted for more than 70%.

Centralized stocking and procurement of IC

Major mobile phone manufacturers also concentrated on stocking and purchasing, consuming chip inventories that were not originally wealthy. The chip industry is originally a low-inventory industry (the iteration is too fast, and the inventory will be sold at a low price). The production is fixed by sales, and the reserves are insufficient. Various manufacturers intensively purchase and emptied the inventory.

Although the world is currently facing the problem of chip shortages, Thunlit has not received much impact at present. In response to the shortage of chips, our engineers have taken a series of measures, such as finding chip alternatives and manufacturing new chips. At the same time, our sales managers are also working hard to keep our sales prices unaffected, because the current prices of many products on the market are rising due to the shortage of chips. We will always strive to provide customers with cost-effective desk lamps, fans and other electronic products, and also provide wholesale services. If you have any needs, please feel free to consult.  The following lamps are Thunlit's popular lamps for reference.

● Heavy (about 1.2kg) because of its material

● Hangable on the wall

Although you know that there is a shortage of chips, chips are important, and the country attaches importance to them, but what exactly is a chip, do you know? Here is a comprehensive introduction to the chip.

The full name of IC is integrated circuit, which can also be called chip, microcircuit, or microchip is a set of electronic circuits on one small flat piece (or "chip") of semiconductor material that is normally silicon. Some people will also call it silicon chip.

From 1949 to 1957, Werner Jacobi, Jeffrey Dummer, Sidney Darlington, Yasuo Tarui developed Prototype, but modern integrated circuits were invented by Jack Kilby in 1958, and he won the Nobel Prize in Physics in 2000 for this.

Integrated circuits have the advantages of small size, light weight, few lead wires and soldering points, long life, high reliability, and good performance. At the same time, they have low cost and are convenient for mass production. It is not only widely used in industrial and civilian electronic equipment such as tape recorders, televisions, computers, etc., but also in military, communications, and remote control. The use of integrated circuits to assemble electronic equipment can increase the assembly density by tens to thousands of times compared with transistors, and the stable working time of the equipment can also be greatly improved.

3 The role of integrated circuits

(2) Product performance is effectively improved. Integrating the components together not only reduces the interference of external electrical signals, but also greatly improves the circuit design and increases the operating speed.

A chip is an integrated circuit composed of a large number of transistors. Different chips have different integration scales, as large as hundreds of millions; as small as tens or hundreds of transistors. The transistor has two states, on and off, represented by 1, 0. Multiple 1 and 0 signals generated by multiple transistors, these signals are set to specific functions (ie instructions and data) to represent or process letters, numbers, colors, graphics, etc. After the chip is powered on, it first generates a start instruction to start the chip, and then it will continue to accept new instructions and data to complete the function.

(1) Classification according to the number of microelectronic devices

According to the number of microelectronic devices integrated on a chip, integrated circuits can be divided into the following categories:

A chip is an integrated circuit composed of a large number of transistors. Different chips have different integration scales, as large as hundreds of millions; as small as tens or hundreds of transistors. The transistor has two states, on and off, represented by 1, 0. Multiple 1 and 0 signals generated by multiple transistors, these signals are set to specific functions (ie instructions and data) to represent or process letters, numbers, colors, graphics, etc. After the chip is powered on, it first generates a start instruction to start the chip, and then it will continue to accept new instructions and data to complete the function.

(2) Classification according to circuit type

Digital integrated circuits can contain anything, from thousands to millions of logic gates, flip-flops, multiplexers and other circuits in a few square millimeters. The small size of these circuits allows higher speed, lower power consumption (see Low Power Design) and lower manufacturing costs compared to board-level integration. These digital ICs, represented by microprocessors, digital signal processors and microcontrollers, use binary systems in their work to process 1 and 0 signals.

Analog integrated circuits include, for example, sensors, power control circuits, and operational amplifiers, which process analog signals. Complete functions such as amplification, filtering, demodulation, and mixing. By using the analog integrated circuit designed by experts with good characteristics, the burden of the circuit designer is lightened, and it is not necessary to design everything from the basic transistors.

Integrated circuits can integrate analog and digital circuits on a single chip to make devices such as analog-to-digital converters and digital-to-analog converters. This kind of circuit offers smaller size and lower cost, but must be careful about signal conflicts.

The cost of designing and developing complex integrated circuits is very high. Therefore, it makes economic sense to produce high-yield integrated circuit products. For example, every time Qualcomm releases a chip, companies from all over the world will pay great attention, because their products need their chips.

Modern semiconductor chips have billions of components and are too complex to be designed by hand. Software tools to help designers are essential. Electronic Design Automation (EDA), also known as Electronic Computer Aided Design (ECAD), is a software tool used to design electronic systems (including integrated circuits). These tools can work together in the design process that engineers use to design and analyze the entire semiconductor chip.

The raw material of the chip is the wafer, and the composition of the wafer is silicon. The wafer needs to be coated, developed by photolithography, and etched, and then doped with impurities, that is, implanted ions, to generate corresponding P and N semiconductors, and then inspect and package.

8 Common sense of naming and packaging of chip

The preceding letter is the abbreviation of the chip manufacturer or a certain chip series. Like MC, most of them started with Motorola, and most of MAX started with Maxim.

The number in the middle is the functional model. For example, MC7805 and LM7805, it can be seen from 7805 that their functions are all output 5V, but the manufacturers are different.

Most of the following letters are package information, indicating the package and pin number of the product. Some IC models will also have other content: Speed --- Products such as memory, MCU, DSP, FPGA, etc. all have speed differences, such as -5, -6 and other digital representations.

Process structure --- For example, there are two kinds of general digital IC, COMS and TL, which are usually represented by the letters C and T.

Packing --- It shows what kind of packing the material is transported, such as tube, T/R, rail, tray, etc.

Why Is There A Chip Shortage? Do You Have An Emergency Plan

Do You Really Know Cotton? A Complete Introduction of Cotton